Oh, I do like to be beside the seaside... 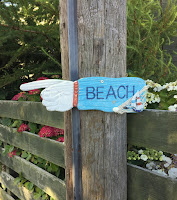 We've moved. Again. And, this time, we're quite literally beside the sea - The North Sea - to be precise and not so much as 'beside' exactly as more 'above'. Perched on the edge of a cliff (I feel a bit weird typing that) the new house has spectacular views and I'm finding myself captivated by the expanse of blue, and thoroughly entertained by the constant parade of marine traffic, whether it's a heavily laden container ship or a jaunty little fishing boat. Not long after we had moved in we were amazed to see dolphins and learned from our neighbours that this is a regular sight; such a thrill to see them leaping clear out of the water.

I think my Australian sister would not think much of the rock and shingle beach below but I love it. I like to be able to amble down the path and walk along the shoreline, trying to distinguish between the many types of gull as they soar overhead while admiring the stillness of a pair of grey herons as they wait patiently on the rocks. The beach is not one to attract tourists as it is not a traditionally pretty beach but a wild and rugged spot. This is a place for birdwatchers, photographers, and serious walkers; the John Muir way passes through here. Neither is it a beach that's easy to discover. It is hidden away and you must walk down the pathway, through the dean and past the old mill house, following the sound of the water.  On one side you look out to the north and on the other the industrial coastline of East Lothian, the power station dominating the headland. 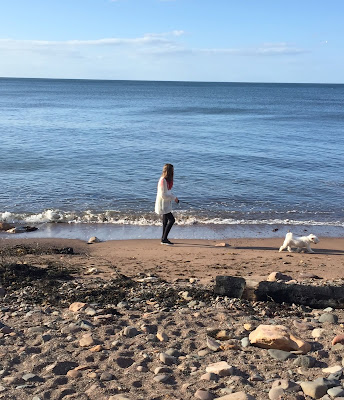 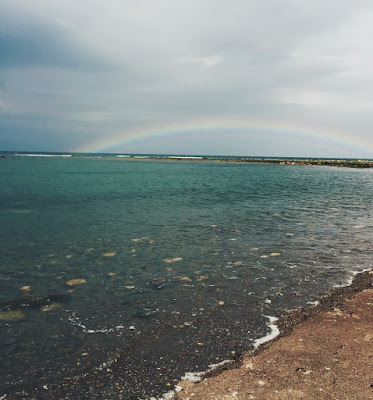 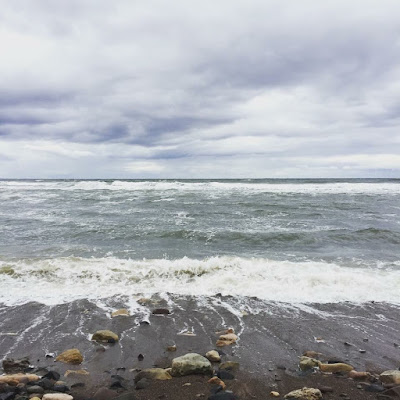 We're not just enjoying having the beach on our doorstep, we're also enjoying the new house. I always attribute human qualities to houses and imagine them as distinct personalities. I think of this house as a stoic matronly type of house. She stands for no nonsense from the weather and seems completely unpeturbed by the gales and horizontal rain...so typical of a Scottish summer! One hundred years old, she must have witnessed a great deal and several generations have lived out the dramas of family life within her walls. Her rooms are firmly square and spacious - no whimsical arches, narrow recesses or pokey corners. It's comforting how solid she feels though the bones of her stairs and floorboards creak a little with old age. Despite her maturity, she's a well- kept woman and everything was immaculate and sparkling when we moved in. It made the whole moving process so much easier, only having to clean the one house we were moving out of and knowing that things could be put straight away; now I'm determined to keep the house that way! 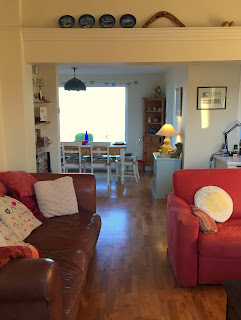 So as well as photos of the beach, here is a sneak preview of one or two of the rooms in the house. We're still in the process of making the house into our home: deciding where furniture should go, sorting out pictures and raking through the remaining boxes - you know, the ones with no contents listed, packed at the last minute and containing all manner of random and unrelated items! 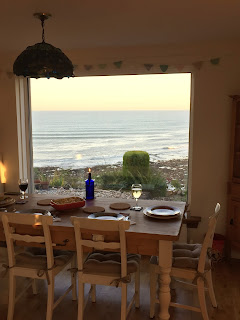 The back of the house has an open plan feel with the sitting room leading through to a dining room with a large picture window overlooking the sea. There is a sliding door to the kitchen from here and a sun room to the other side. I can't quite work out which way the garden faces but it seems to get the best of the sun for most of the day.

When mowing the lawn or hanging out the washing you're liable to get distracted by the beautiful views and it takes discipline to finish the job.

I end up just standing there admiring the scenery, lulled into inactivity by the sound of the waves. 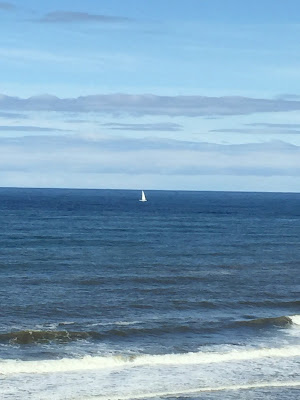 Our eldest daughter definitely has the best bedroom in the house. She has two large windows that afford all round views of the sea and the coastline. Fabbydoo seems to like this bedroom the most too and can generally be found on the end of her bed or perched on the windowsill, looking out while the house martins and swallows put on a first-rate aerial display every afternoon. 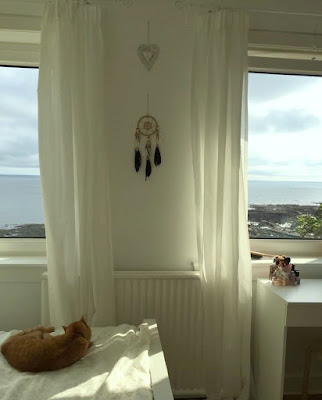 I'm hoping that now we're settled here, and with a change to working 4 days instead of full-time, that this will be the start of more regular blogging. This setting is certainly inspirational! 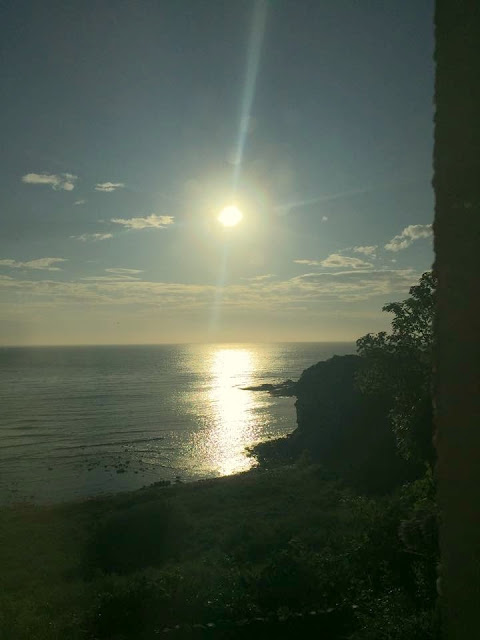 Posted by Mama Macfennell at 15:56