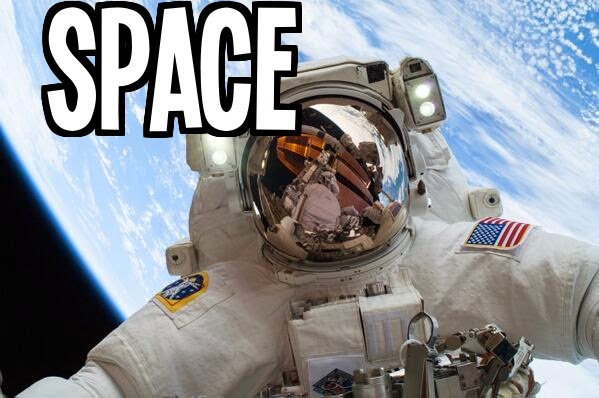 My Word of the Week? Well, it had to be space. I don't know about you, but this week I've been completely starstruck by the Space Live programmes on Channel 4. It has been, to borrow the word choice of my 11 year old, 'awesome' to see the real lives of real astronauts on the real space station and I've been forced to reveal my inner geek. The astronauts may not have quite the appeal of George Clooney (and no, Dermot O'Leary's ridiculously tight trousers don't do it for me either) but boy do they have the brains and the ice cool calm. I listened and watched fascinated while they described the everyday experience of living 240 miles above the earth; household chores, DIY and grocery deliveries seem a whole lot more fun on the International Space Station.  Then, the 'Houston We have a Problem' programme last night had all the drama and tension of a real-life Gravity and I can't wait for the finale on Sunday with a 90 minute live lap of the planet - at 17,550 mph it doesn't take long!

I have a fascination with all things space.  One of my very first memories (apart from falling down the stairs and nearly knocking myself out on the radiator at the bottom) was sitting down in front of our grainy Ferguson tv to watch BBC coverage of the first moon landing.  Not quite three years old, I don't think it made a lot of sense. James Burke and Patrick Moore with their enthusiastic eyebrows did little to engage me and neither did the model of Apollo 11 which looked to my trained eye like some junk modelling from yogurt pots and tin foil.

It was only when my father took me outside and pointed up at the moon that I had any interest in anything space related. After that I spent lots of time, when I should have been asleep, gazing out my bedroom window up at the moon; I used to think that when I squinted my eyes and stared intently that I could actually see little men in spacesuits bouncing about on its surface. One of my many elaborate imaginary games involved space exploration - or in reality, taking off from the garden swing, landing in the middle of Planet Lawn and harvesting moon rocks from the gravel path.

Sadly, any chance of a career with NASA is absolutely zero. Apart from the fact that it's rather late in life for a career change or that I am dangerously unfit, I have absolutely no comprehension of the laws of physics and my portly frame once hauled into space would surely, in the words of Bonnie Tyler, cause 'a total eclipse'! So I will have to content myself with being a spectator. I don't mind too much really - I'm not sure I could cope with 6 months apart from my family, no running water and sleeping, zipped into a sleeping bag attached to the wall, in a cabin the size of a cupboard.  There again, perhaps those amazing views of earth from space are worth the sacrifice and a little discomfort. 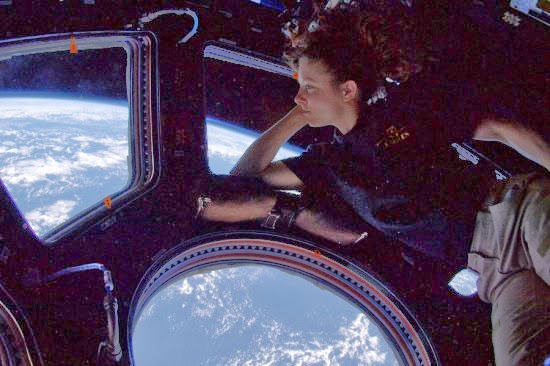 Posted by Mama Macfennell at 22:05