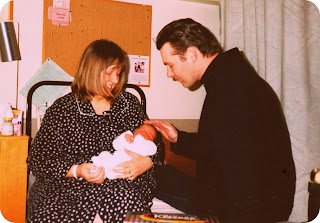 15 years ago today, just after midday, I became a mum for the first time and H made her entrance into the world. After three days of labour and every possible intervention it was a rather traumatic journey for her and she arrived looking very much as though she'd done a few rounds with Mike Tyson.  The hospital photographer came around on the second day but, having peaked in the cot of my featherweight, his mouth opened into a round O and he shot off before I could suggest a hat and her good side!

I distinctly remember returning home with our precious bundle and putting her down still strapped safely in her car seat.  She was, for once, asleep, lulled by the car journey, and L and I gazed at her and then at each other with the same panicked thought - 'What do we do now?!' 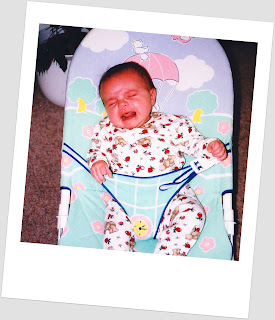 It was quite a shock that transition into parenthood. When I was pregnant I imagined myself on maternity leave, serenely pushing my angelic peachy-faced baby along in her immaculate pram, visiting coffee shops and art galleries with her silently in tow and enjoying new mummy get-togethers with NCT comrades.  The reality was, of course, far from this fantasy.  Getting out of the house at all was a challenge too far. This would mean finding clean clothes and actually getting dressed (I stayed pyjama-ready in case I might snatch the tiniest bit of sleep and actually couldn't have told you whether it was night or day anyway).  In those early days H and I had bonded quite literally in sick-encrusted terry towelling and the only thing to ever lie in the pram was a disgruntled cat. 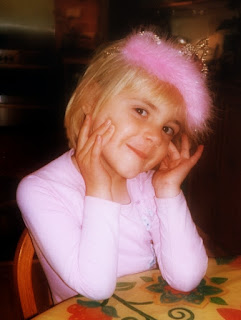 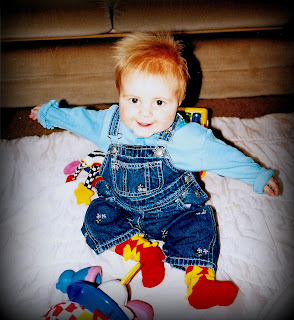 But H turned into the funniest little person and once I managed several nights of at least 5 hours sleep I could properly fall in love with her.  She was never a baby or a toddler to do things by half; she was either a super giggling fun explosion or a turbo-charged screaming ball of fury. She entered into every early childhood activity with gusto.  I arrived once at nursery to find that she had managed to get a carpet burn on her forehead.  When I enquired anxiously about how this had happened, I was informed that, even though she was only a crawler, she had snuck out of the baby room climbed the indoor slide before they'd even noticed she'd gone and flung herself down it headfirst. 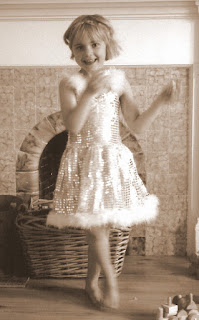 Having been the centre of our world for over four years, I worried that when we had S we would be in for a rocky ride of sibling rivalry.  But she cherished the role of big sister and was never anything but gentle and protective of her.

At home she would coerce her sister into regular 'performances'. Dressed up in ever more outlandish items from the dressing up box, we were treated to plays, dances, puppet shows and songs. 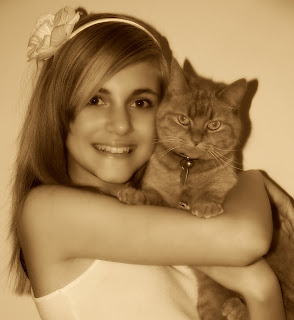 Now a teenager, though her hair colour may have changed nothing else has. She is our beautiful girl with a personality to match; though currently with braces she's reluctant to give us her beaming smile.

When she was just five years old and asked by her teacher what she wanted to be she replied 'an actress' without hesitation and I hope and wish for her that she can fulfill her dreams.  For now though I'm stopping the clock today and trying to take in every little bit of her day.  I can't believe that she is 15 already - where does the time go! I can hear her sweet laugh so I'm off to join in with the birthday fun  - my oldest, my daughter, my girl.

Posted by Mama Macfennell at 17:58