Living on an Island 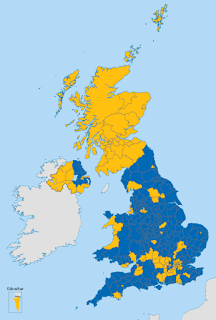 Excuse me, Status Quo fans, for stealing this song title for a blog post but it immediately sprang to mind on the morning of the 24th June. I woke up around 5am after a fitful few hours of sleep to what I felt sure was still a nightmare - but, no, it was in fact reality - the UK (or more correctly England) had voted to leave the EU.

I sat with my head in my hands.


It still seems incredible to me that almost 52% of voters were happy to go along with Gove's glib assertion that they'd 'had enough of experts'. I had been hopeful that his past experience as Education Secretary might have been lesson enough in what happens when you don't pay heed to experts. It made no difference how many stark warnings were provided by economists, lawyers or academics, the Leave campaign were 'avin' nun of it'.

Even more incredulous was the unquestioning amount of support given to a nationalist campaign which worked by feeding resentment until it ruptured through the country causing a chasm so wide that it's hard to imagine it ever being bridged. A certain amount of euroscepticism, I believe, is healthy and even the most hardliner Europhile could never claim that the EU was perfect but to believe that it's 'them' or 'us' and to push patriotism as the panacea for the world's ills... 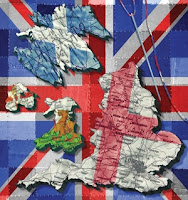 'Island mentality' has won and my hopes are that the people who claimed that they wanted a fairer and more democratic Britain have their dreams answered, though I suspect that those who have suffered the most at the hands of a neglectful and detached government will, tragically, suffer even more in what will be an acrimonious divorce. Though I'm proud to be an 'adopted Scot' I'm also saddened too by what will be the inevitable break-up of the UK.

So, more than 48 hours later, and down a few bottles of (French) wine, has my shock abated? Not really. I still find myself bewildered at the nation's choice but a certain amount of resignation has also set in. Social media shows no sign of putting the flames of blame out and indignation and accusation look set to continue for the foreseeable future. I've decided that my own Brexit manifesto is going to have to be a peaceful one; despite the worries about the immediate aftermath, and what might be in store for the younger generation in the long term, we have to respect the decisions made. I hope and pray for empathetic and diplomatic leaders who can bring about the co-operation that is needed to sort out the mess and rebuild. For myself, I'm working on getting past the disappointment, drawing a line and moving on  ___________________________________ 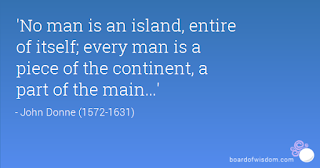 Posted by Mama Macfennell at 20:44

Email ThisBlogThis!Share to TwitterShare to FacebookShare to Pinterest
Labels: Scotland