Well, it's been more than a month without a single blog post. And the reason for such tardiness? We've moved house...again. In fact, we've moved four times in the last five years so you'd think that by now we would have the art of packing and unpacking down to a smooth and seamless operation where everything is organised and reorganised with professional ease. You'd be wrong. Each time we move it seems to be more chaotic and stressful than the last.  Consequently, I have no useful tips to pass on to other potential house movers. Moving house for me is a bit like my tennis: the more I do it the worse I seem to get! So where I was planning a post full of useful advice I will instead regale you with a few 'home truths' about moving and a few glimpses of the new place (as long as you understand that it is still in a state of moving flux and this is not the finished Pinterest-worthy interior).

Home Truth 1: There's nothing like moving furniture to reveal the truth about your housekeeping
Yes, the neglect of every corner, the failure to hoover or dust adequately, the stains on the carpet - all will be revealed in horrible slovenly detail when the furniture is moved out and you're left looking at the empty carcass of a rather dirty house.  Fortunately, we have good friends who were happy to go along with my excuses about, 'That being a very difficult place to get to' or how, 'There's been no point in hoovering these last few weeks what with all the boxes everywhere.'

Home Truth 2: The curse of the random box
I think our main problem has always been to seriously underestimate how long it takes to pack. We start off with the most beautifully packed boxes, items carefully wrapped in packing paper, boxes clearly labelled. As moving day looms ever nearer, the boxes become more and more random until items from entirely different parts of the house are thrown in together, possibly wrapped in an old towel or just wedged in with the odd cushion. Worse still, the description on the outside of the box rarely corresponds with the contents and so could end up anywhere which is how the tv remote ended up in the garage.

Home Truth 3: Sibling rivalry reaches new heights
Room sizes are just the start, we've had arguments and bickering about the most trivial of issues in the new house, even lampshades, and the view out of the window, have been the source of disagreement. A sharp reminder that the girls now have their own rooms and that we could insist they share again have swiftly restored the peace and they are now enjoying making their rooms very much their own.

Home Truth 4: No sleep for the exhausted
It doesn't matter how tired you are after moving, or even if you've managed to somehow reassemble your bed and you're not sleeping on the floor, the first night in a new house brings no rest. I spent the first night with seemingly super hearing, listening in to every strange new noise and feeling disorientated by now sleeping east to west rather than north to south as we had in the old house. Getting up in the middle of the night to try and find the loo proved interesting as I tripped over packing boxes, the hoover and the cat basket in my attempts to find the bathroom in the dark. I would have turned a light on if I'd had any idea where the light switch was! 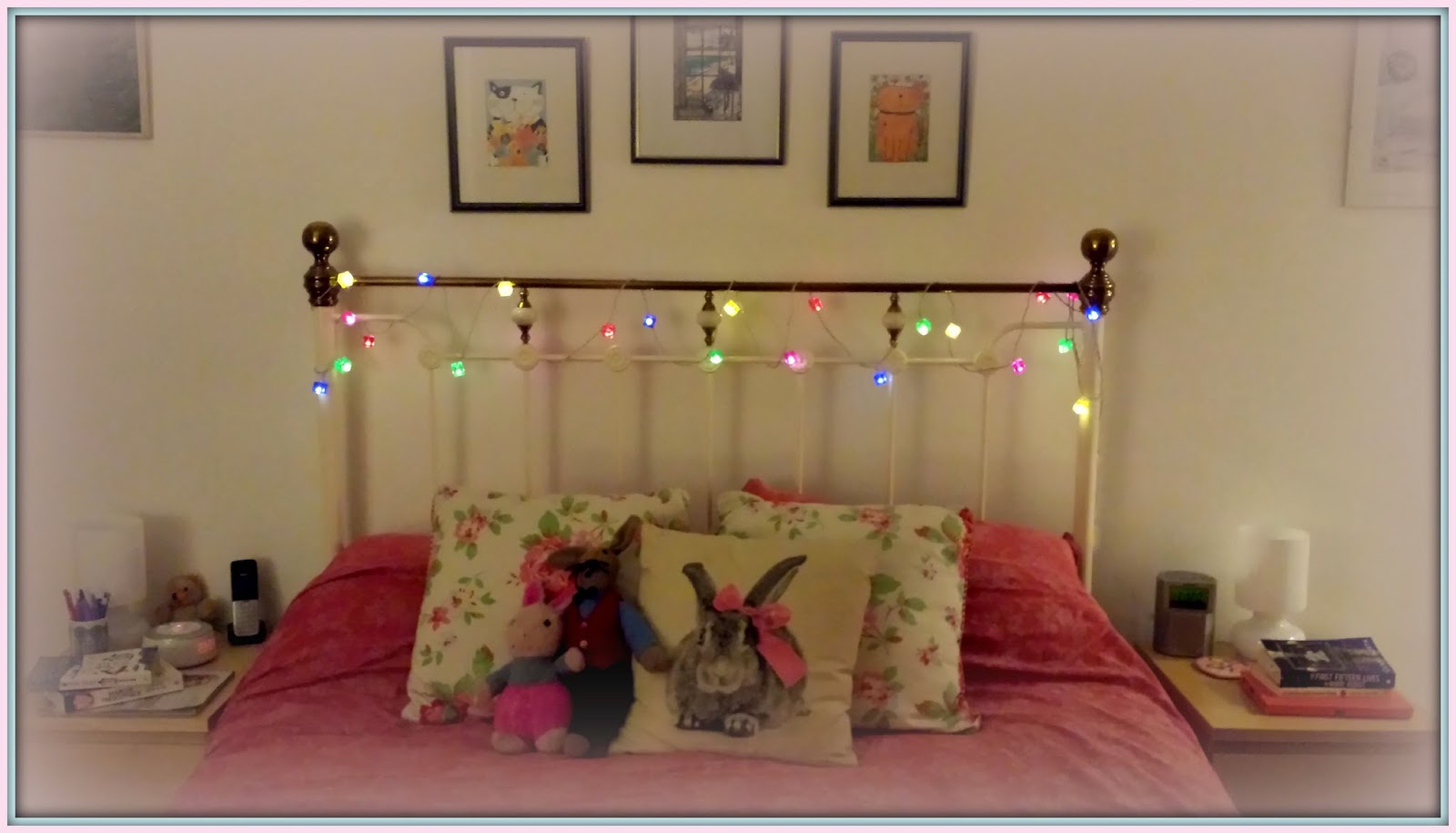 Home Truth 5: New is better
Moving tends to bring out the optimist in me and I view each new place in a positive light. This home has lots of lovely features. It's terrifically light to start with. The house faces east and sunshine floods in through generous windows. An oak-framed extension has been added to the side of the kitchen, originally as an artist's studio, but for our artistically-challenged family it makes a super dining room instead and I'm looking forward to decorating the beams come Christmas time. 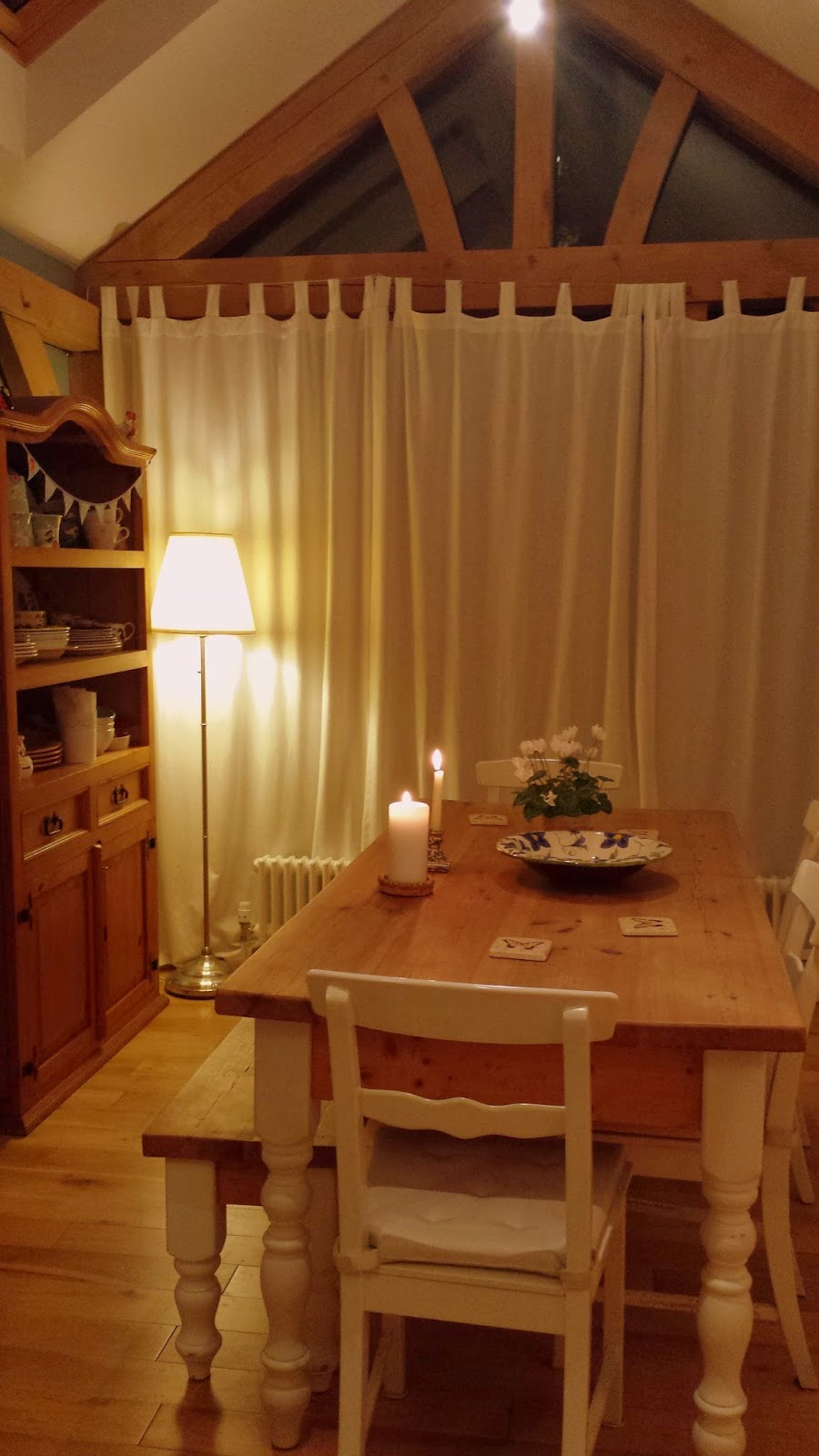 Despite being towards the centre of the village, we are tucked away in a quiet corner and surrounded by hedges making it feel private and the sheltered garden provides the perfect environment for a huge variety of feathered friends. Best of all, from the kitchen window I can just see the sea!

With stiff and aching joints, I'm thankful to be on one level - no more stairs to drag the hoover up - hooray! This little house is on higher ground and well insulated and so we no longer have to endure the damp and mould that permeated the last house.


Home Truth 6: Moving makes you thankful
Thankfully we are blessed to have the most wonderful friends who came to our rescue onec again and helped us to move. They hauled 'the impossible wardrobe' onto the van and friends who were not able to help move furniture, helped instead by providing a much appreciated delicious lunch for the workers.

The Wonderful Man was entirely wonderful and managed to sort out all the technology in the new house in record time (the Ryder Cup which was on at the time and various other sporting events proved a useful incentive). He also took more than his fair share of physical punishment as chief removal man - this eventually resulting in a very sore knee (he is still hobbling - bless him!)

Posted by Mama Macfennell at 23:38