Make me a German 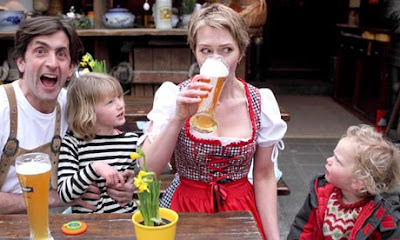 The BBC's current obsession with all things Teutonic has spawned a most peculiar mix of programmes over the last few weeks. Don't know if you managed to catch the oddly titled 'Make Me a German' but I found it very interesting viewing. The premise was that a British couple, Justin and Bee Rowlatt, went to live in Germany and lived as the average German family (which meant, in fact, that two of the family's four children had to stay in the UK with grandparents as German families are, on average, smaller than ours). They were renamed with the most common surname, Muller, lived in a typically German (rented) apartment and Justin was given a job in a traditional industry - Faber Castell. The programmers even went so far as to provide a checklist of averages for the family to conform to - for example, what time they should get up, what they should eat and how much housework to do.  This was 6.23am, a kilogram of pork each week and an unbelievable 4 hours each day, in case you were wondering. 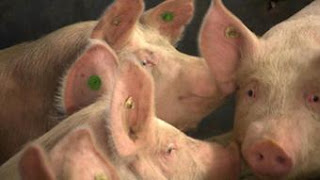 The programme relied on stereotypes which was bit disappointing but it did leave me pondering on the reasons behind Germany's economic prowess and the differences in attitudes to work, education and family life.

I admired the dedication and loyalty of the workers in the pencil factory many of whom had been taken on on a proper apprenticeship scheme. Apprenticeships in Germany last three years and include training on all aspects of the industry resulting in a multi-skilled, highly-employable worker. Germany has the lowest youth unemployment rate in Europe and 'a job for life' is not an outdated concept.  Wouldn't it be brilliant if we offered such schemes to our youngsters and valued practical and technical skills rather than try to push everyone through the same academic hoops. I suppose though, that that's a possibility as Germany is such a manufacturing powerhouse and there was a downside: the programme highlighted the fact that many German workers have sacrificed pay rises for job security.

The programme suggested that working hours were less for the average German but productivity was much higher.  How can this be? Yes, you've guessed it, it's all about punctuality, focus and discipline.  The factory had a Victorian school-like environment - no chatting, no slacking and definitely no checking your phone! Whilst conditions were good, healthcare excellent and the heavily-subsidised canteen much appreciated, I wondered at the nature of the average British worker versus the German.  Can we be as disciplined or are we inherently anarchic, appearing to tow the line but actually working to achieve our own ends?

I liked the emphasis on community shown in the programme with the tone-deaf Justin off to a very jolly singing club one evening after work, one of 100 such groups in the area.  If there was such a club here to join I suspect that the average age would be 85! By comparison, Justin's wife, Bee, felt she had drawn the short straw when it came to fun in their German experiment. The four hours of housework a day seemed excessive and made me reassess just how much housework I do ('Not enough,' my mother would say and she'd probably be right).  On a week day in term time I'm away from the house for around 10 hours which doesn't leave a lot of time for chores and then I want to spend time with the girls which isn't compatible with hoovering! Statistics show that on average in the UK a married woman will do 7 hours housework a week.  I think that's probably about my average too though looking at the state of the house you wouldn't think so! Considering the adherence to 'quiet laws' in Germany (basically no noise between 1-3 and in the evenings), and the observance of Sundays as a day of rest (and quiet again), it must be pretty difficult fitting all that housework in.
Motherhood seems to have far greater a status in Germany and valued, as it should be, as an important job. Two thirds of mothers with young children stay at home in Germany compared with just a third in the UK. Childhood is unrushed and protected. Formal education starts at 6 years, there are no SATs or ridiculous Gove notions on learning outcomes for the very youngest members of society. Instead the emphasis is on play for its own sake and learning through discovery.  The pre-school set in a forest was as Bee described 'kid heaven' and when I think that many families spend in access of £600 a month on nursery fees in the UK they would be more than a little jealous of the 25 euros a week or around £80 a month cost in Germany. Combine the quality of the childhood experience with the very attractive tax breaks and it would be easy to assume that life is better for young families in Germany. But, there was another side to this wholesome image in that despite reasonable childcare costs, it is not easy to maintain a career as a mother in Germany. One of the mothers in the programme explained that the school day finishes at 11am three days a week and the attitude prevails that by working you are neglecting your children hence the German expression 'raven mother'. I wonder what the German attitude is towards stay-at-home dads?! To be ideal it would be nice to have a real choice about being a working parent, to be able to afford to stay at home if that's what you dearly want or choose to work, confident in affordable high quality childcare. 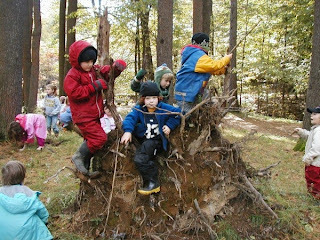 Well, this has been a much longer post than I intended and you can see it's got me thinking. If you've managed to read this far I'd love to know your thoughts too.  If you missed the programme I think you can still watch it here. For now though - Auf Wiedersehen! 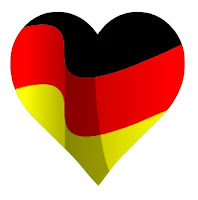 Linking up this post, rather belatedly, with Sarah at Hello Wall

Posted by Mama Macfennell at 19:56