Keep Calm and Have a Restoration Coffee 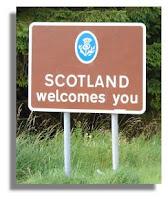 This weekend we visited one of my favourite places - The Old Dairy in Ford.  Part of the enjoyment of going there is the journey itself. In the Scottish Borders we are relatively close to Northumberland and the country roads that take you to the pretty Victorian village of Ford, wind in and out again between Scotland and England with the welcome signs changing frequently.  The girls cheer each time we cross back into Scotland. 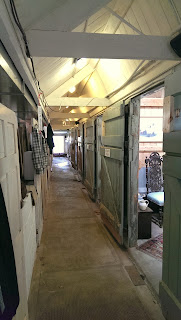 The Old Dairy itself is described as a 'country concept store' and has a delightful coffee shop and, rather decadently, a champagne bar made from old marble fireplaces. I'm not sure what the first term is really but if the 'concept' is eccentricity then the label fits perfectly.  The place is a treasure trove of the re-found and re-claimed.  It cannot be described as an antique shop as it has none of the stuffiness and 'don't touch' atmosphere that usually comes with such places.  Instead you are encouraged to work your way around the old cow sheds (don't worry, they have been cleaned of their previous bovine inhabitants) and search through the collections of curiosities, the retro and well, just junk really. 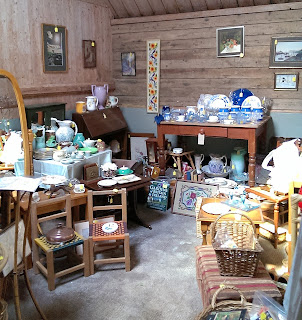 Here's an extract from their website which describes their selection:
... it ranges from the very large to the very small. For example we have a pair of giant teak sinks brought from the Egyptian Embassy in London, lots of Victorian fireplaces and panel doors, plenty of antiques, (English and French) Arts & Crafts oak and copper, a plethora of vintage and up-cycled, along with new log baskets big enough to curl up in, blankets to keep you warm and cow hides to fall asleep on. 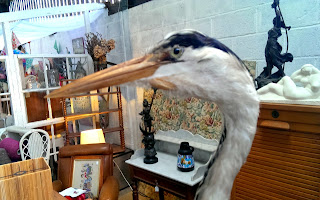 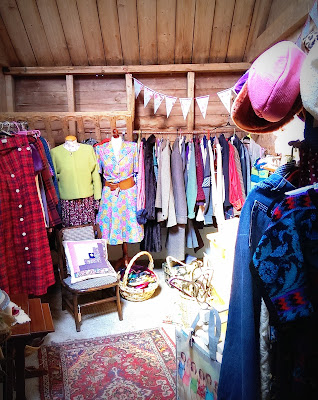 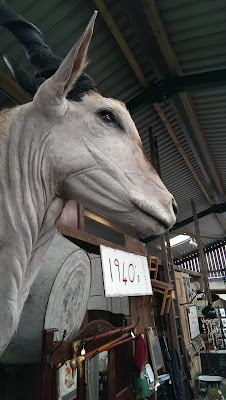 The owners, Lynne and Keith, are rather quirky themselves and having both worked as BBC radio journalists and travel writers they have successfully merged an exotic 'days of the Raj' kind of feeling with an English village twee. 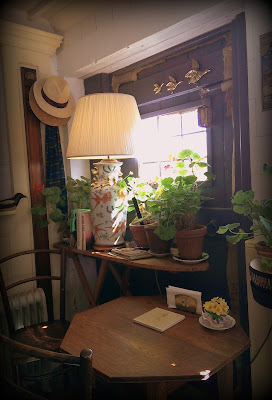 No visit would be complete though without enjoying a cuppa in the Restoration Coffee Shop with its eclectic mismatch of china. Here you are easily transported to the 1940s with music playing from George Formby and Vera Lynn, a straw boater hat hung on the coat stand and wartime memorabilia hung from the ceiling alongside old agricultural tools. Fortunately they do not take authenticity as far as Spam sandwiches and Camp coffee; instead we enjoyed jaunty cups of their artisan roast and slabs of Manhattan cheesecake. 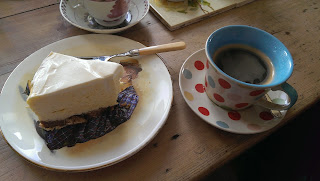 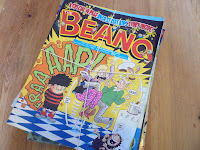 As to our purchases - S picked up a whole pile of The Beano comics and was delighted to find one from her birthday date. I found a charming egg-cup and I couldn't leave without a jar of award-winning marmalade, made on the premises by Lynne; the owners are both marmalade connoisseurs, if there is such a thing, and attend the marmalade awards annually always coming home with at least one prize. 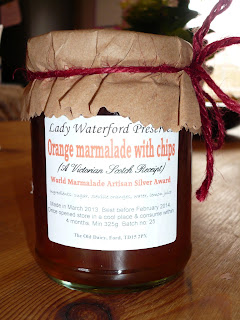 Posted by Mama Macfennell at 13:21