Now we've recovered from nasty coughs and viruses we are enjoying these leisurely in-between days before New Year celebrations.  Little S must have felt much better as she was up brightly this morning and in baking mode. Red velvet cupcakes looked very festive but her first attempt at mixing purple (yes, purple!) buttercream icing was not successful and it came out grey! A little more experimentation and she managed to transform it into blue.  These colourful offerings were certainly very cheering and delicious, especially with a nice mug of Christmas coffee.

Poor Luna hasn't had as many walks as she would normally over the festive period and so we wrapped up warmly and took her down to the beach. The tide was almost completely in but we still had a long strip of sand for her to really run along and play, chasing the waves in and out and teasing us with long strands of seaweed in her mouth. 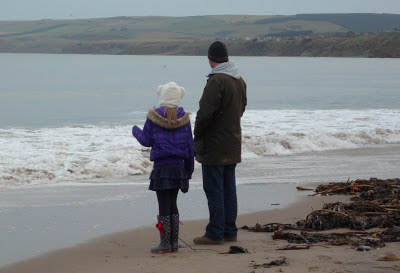 Later S and I got absorbed in some crafts; she in paper snowflakes and me with kite paper window stars. 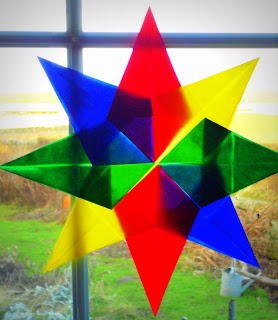 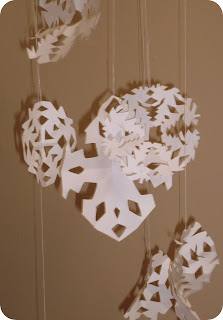 The Wonderful Man is busy planning the menu for Hogmany and New Year's Day but he still managed to produce a super Saturday supper.  I bought some proper Garofalo pasta from the deli and he made my favourite tomato sauce with wild rocket and vodka - bellissimo! 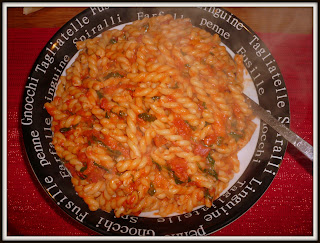 I've also had time to look again at the beautiful presents we've received.  One of my favourites is this Christmas Matryoshka nesting doll that I originally bought for L's mum from the Russian shop in Edinburgh.  She's enjoyed it for the last 10 years but her house is practically groaning under the weight of many, many decorations and so she thought it would be nice to pass it on to H.  Aren't they wonderful!

My other most treasured gift is from my mum.  I can't believe she made such a beautiful cross stitch  for me and it was a complete surprise.  She managed to get L to hide it until Christmas morning and I had no idea that she had been working for years to create such a beauty.  I got L to hang it by the stairs so I can admire it every time I go up or down. Thank you Mum!

Posted by Mama Macfennell at 12:39