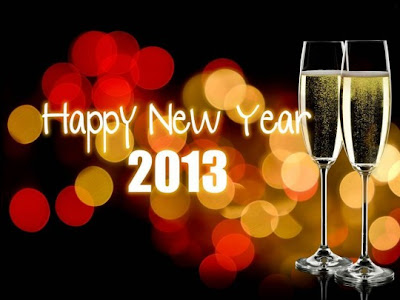 If you say the phrase 'New Year' to me, like a lot of teachers, I automatically think of the new academic year.  In my mind the new year heralds in September with the opening of my teacher's planner and the register of new names and faces for me to get to know. After the long leisurely days of summer the arrival of the autumn term with its regularity and structure comes as a shock but not an entirely unwelcome one.


In contrast, January seems to slink in like a depressed guest at the new year party; the one you forgot you invited. It is a month with no personality, with nothing to recommend itself and with no festivals or celebrations to look forward to (unless you count the bizarre custom of waissailing and even that's really just about the cider!) Bereft of any highlights, January is a continuation of the dark months of winter - dank sodden ground and glacial drizzle; it is my least favourite time of year.


Psychologists refer to the third Monday of January as 'Blue Monday'.  Apparently this is the most depressing day of the year. I don't need a degree in psychology to work out why - it is a Monday after all, the weather miserable, most people have yet to be paid and regretting all that 'bargain buying' they did so enthusiastically. Much of the population feels and looks like a Christmas pudding having put on at least four pounds over the holiday period  (a reported average which I hope isn't true). But, one of the less known but just as valid reasons for this post-festive slump is the almost immediate failure to live up to those new year resolutions.

Historically, it is relatively recently that January 1st became the first day of the year in Western culture. Until 1751 in England and Wales the new year started on the 25th March and the idea of a renewal certainly seems more in keeping with the passage of Spring and Easter.  For the origins of January being the new year  we have the Romans to blame. The word January comes from the name of the Roman god Janus. It is also derivative of the Latin word 'lanus' meaning gate or opening. All the gates of ancient Rome were said to be held under the care of Janus and because there was much coming and going through these gates the god was said to have two faces: one looking forward and one looking back. Perhaps this is why we have this idea that on New Year's Eve we look back at the year gone by and make New Year's resolutions for the coming one.

Personally, I don't hold with this resolutions business at all.  I do not have much hope in self-improvement or a radical change in my behaviour. I am hopelessly stuck in my ways and I stubbornly resolve not to try one new thing every day or to exercise more or to learn a new language. I think if I were to make any resolutions at all I would focus on the more attainable - take more naps, not wash on Sundays, visit more cake shops... I agree wholeheartedly with the French author Anais Nin when she reportedly said: 'I made no resolutions for the New Year.  The habit of making plans, of criticizing, sanctioning and molding my life, is too much of a daily event for me.'

Seriously though, if I am to endure January and avoid the predicted arrival of Blue Monday then I think my approach to January will at least have to be a positive one. I plan to keep the multitude of Christmas candles lit during the dark evenings and draw family and friends close. It might well be a time for introspection but I will beat off any tendency towards melancholy. It is a mindful time but not a month to dwell on what I might have done better or to let past hurts and disappointments linger.  I will metaphorically ring out the old, ring in the new and look forward. 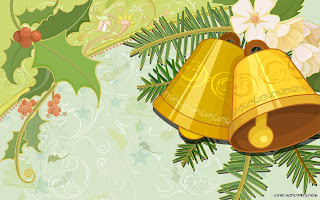 Posted by Mama Macfennell at 18:06

Email ThisBlogThis!Share to TwitterShare to FacebookShare to Pinterest
Labels: Musings