Word of the Week: Diagnosis 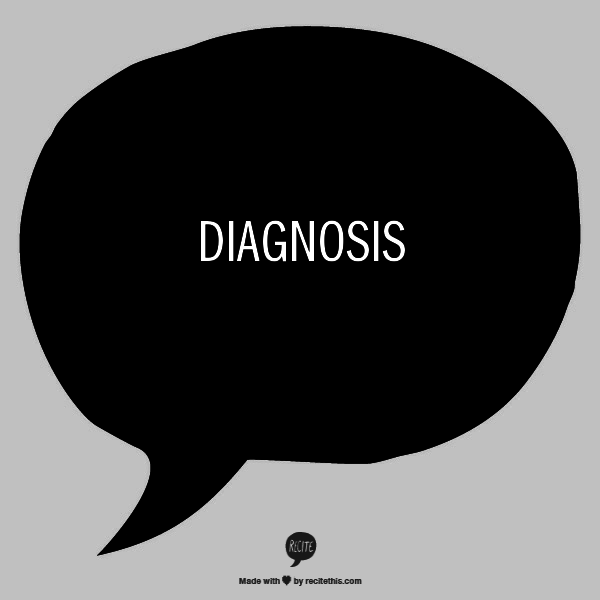 Back in May I wrote my this whingy post about my elbow and now 14 blood tests, various examinations and an MRI later, I have a diagnosis - Primary Sjogren's Syndrome. If you're still reading this second whingy post then you'll be thinking two things at this point:  Never heard of it, and What a weird word, how do you pronounce it?

Sjogren's (pronounced 'show grins' or 'shur grens') is an autoimmune disease that affects mainly women, (9 out of 10 sufferers are female). Named after the Swedish ophthalmologist who discovered it, it affects around 4-5% of the population making it the second most common autoimmune condition after rheumatoid arthritis. I didn't really understand the term 'autoimmune' until it was explained that it is where the body's immune system turns on itself and attacks its own tissues and organs - a kind of personal civil war! In Sjogren's the immune system targets the moisture glands, such as the tear and salivary, meaning the most obvious symptoms are dry gritty eyes and a dry parched mouth. Just as common is chronic fatigue and multiple joint pain caused by inflammation.

I have to say that rather than being dismayed I was relieved at this diagnosis. My GP had thought that it was rheumatoid arthritis, my rheumatologist had considered lupus, and both conditions are so much more serious and debilitating. Sitting, waiting for my MRI was also an experience I am grateful for as I was able to meet and talk to the less lucky, and tremendously brave souls, who were preparing to do battle with life-threatening cancers. In comparison this condition is little more than a minor inconvenience. I worried that it was something that I had ended up with as a result of a mainly sedentary lifestyle, and an ongoing love of chocolate, but was assured that it is not and given the example of the tennis player, Venus Williams, who dropped out of the US Open in 2011 after being diagnosed with the condition just a month before.

There may be no cure but there is, thankfully, ways to manage Sjogren's and trying to stave off the recurrent flares typical of the disease. I have been managing my dry eyes for many years now with artificial tear gel not realising that this peculiarly-named condition was the cause and I have spent vast sums at the dentist for torturous hours of root canal (lack of saliva and a dry mouth mean inevitable decay).  I will be starting medication that I hope will eventually help me to deal with the joint pain and stiffness and the terrible tiredness that a good night's sleep never fixes. These are the symptoms that I find more difficult to deal with and the reason I have renamed the weird sounding 'Sjogrens Syndrome' to 'Old Lady Syndrome' - a more fitting description.  If I'm to have the old lady in my life as a permanent visitor then I will need to learn how to make her comfortable and stop her from moaning!

Posted by Mama Macfennell at 13:08